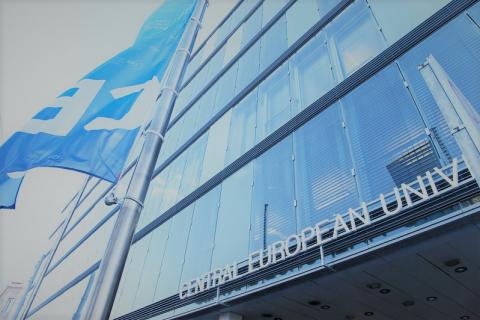 Central European University's (CEU) first virtual Day of Thanks event celebrated the support of partners and alumni from around the world. The November 30 event, hosted by author and CEU Trustee Kati Marton, illuminated the lives of students, the innovative work of faculty, and the university's open society mission.

The Day of Thanks event launched a matching challenge, which will last throughout the month of December. During this time, gifts to CEU will be matched, one for one, significantly magnifying the support made by year-end donations.

"It's been an extraordinary 30 years and we're here to celebrate your role in that," Marton, a best-selling author and distinguished journalist, told attendees. Throughout her career and life, Marton has told stories about the importance of open society values and human rights. She is a long-time supporter of CEU, currently serving her third consecutive term on the Board of Trustees and chairing the Development Committee.

Ignatieff highlighted the importance of philanthropy for CEU and emphasized investments in students and sustaining CEU's financial aid policies, which facilitate access to world-class education." "Every time we invest in these students it turns out to be so worth it," Ignatieff said. 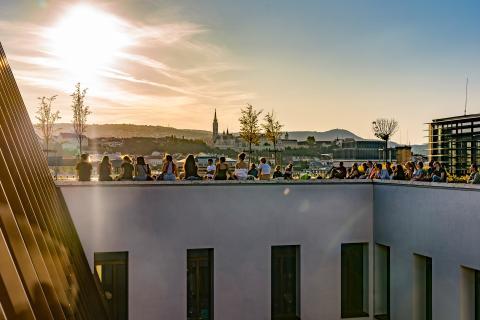 In addition to discussing the university’s ambitious plans, including the future residential Vienna campus in 2025, the recent addition of undergraduate studies, as well as a suite of new professional programs such as the EMBA for the Open World, Ignatieff also articulated CEU's continuing presence and work in Budapest through the Democracy Institute, the Blinken Open Society Archives and the Institute for Advanced Study.

"The unique pedagogy of CEU was transformational for me," noted Emelonye, who is the Country Representative of the United Nations Office of the High Commissioner for Human Rights (OHCHR) in Liberia and recipient of CEU's Alumni Impact Award in 2016. "CEU made me able to find a voice in the midst of divergent argument and divergent views."

During his remarks, Emelonye credited CEU with producing world leaders and world players in many areas, and also for providing the academic background for his work as a human rights lawyer. His appearance was followed by a conversation between Seymour, a corporate donor who helped to found – with a philanthropic gift from BlackRock – the CEU Women in Technology Scholarship, and Rahmatullah, a 2020 graduate of CEU and scholarship recipient.

"We're building the next generation of talent to help go out into the world," commented Seymour, also noting the significant number of CEU alumni who have gone on to work at BlackRock. Rahmatullah is currently an associate at BlackRock Hungary, where she previously served as an intern. "It's such a great opportunity for women to be able to participate and apply for the scholarship and be part of this CEU community, which is so global and diverse," she reflected.

Two of CEU’s Alumni Scholarship recipients, Elkamash of Egypt and Pudovkin of Russia also shared their experiences made possible by scholarship awards. "What CEU nurtures on its campus and in its classes is about trying to listen to other people and bridging divides," described Pudovkin, who thanked the generous donors for helping students through the scholarship. Both he and Elkamash spoke of appreciating the community and volunteer engagement facilitated through Alumni Scholarship program.

In culmination, Marton echoed Pinter's observation of the service-minded values and vision of CEU students. The Day of Thanks stories made clear that an investment in CEU is an investment in the future, cultivating scholars who are focused on becoming drivers of change. Learn more about giving to CEU and the matching challenge here. CEU’s goal is to raise $125,000 by December 31. You can make a difference for promising students from around the world by making a gift today. Alumni wishing to participate in the challenge may do so here; and friends of CEU may contribute here.