Funded by the Central Europe Foundation in honor of Hungarian economist and advocate for pan-European integration Elemér Hantos, the scholarship is awarded to students from Central Europe or Latin America studying in select programs who would otherwise not have the resources to study at CEU. Graduate and undergraduate students in select MA and PhD programs in Economics and Business, Network Science, Legal Studies, International Relations, Political Science, and Public Policy are eligible. 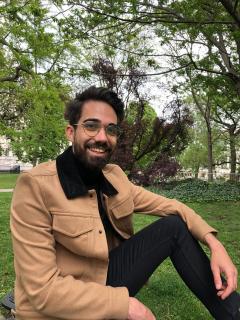 Jakub is learning more about different ethical systems and exploring various ethical dilemmas during his second year at CEU. His deepened interest in understanding horizontal inequality and how it's transmitted generationally resulted in his participation in the European Forum Alpbach’s Challenges. He and his team developed a social entrepreneurship idea with the goal to enhance cooperation amongst businesses, academia, and NGOs working towards catalyzing positive change for Europe’s Roma communities. ​

He aspires to continue to work on increasing representation for Roma in both academia and government in pursuit of the larger goal of Roma integration in Europe. Jakub’s professional aim is to work at the European Parliament in the future as well, hopefully as an MEP, with a special focus on tackling social inequalities in the European Union. Moving in this direction, he is an intern at the Embassy of the Czech Republic in Vienna. 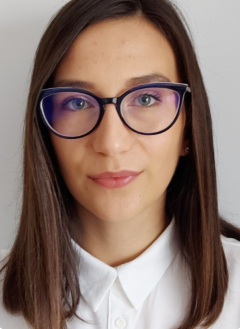 Dennitsa comes to CEU from Sofia, where she earned her MA in Law from Sofia University St. Kliment Ohridski. She is passionate about human rights and, in tandem with her studies, has been active in the field as a legal advisor. Her responsibilities include working on strategic litigation cases and conducting research to ensure alignment between national legislation and supranational standards. In this role, Dennitsa co-authored a report on behalf of the National Network for Children on Bulgaria’s compliance with the United Nations Convention on the Rights of a Child.

While at CEU, Dennitsa is pursuing her interest in European law and European affairs while further expanding her legal capacities to better serve those most vulnerable at the international level.